The British Equestrian Trade Association works to support our members in their efforts to achieve the highest level of repute, knowledge and profitability.

BETA was formed in 1979 and has grown to be recognised and accepted as the official representative body for the equestrian manufacturing, wholesale and retail trade by Government and leading riding organisations.

We currently have over 800 member companies, covering a wide range of businesses including not only retailers, wholesalers and manufacturers, but also agents, dealers and many service based businesses. All our members are involved in some way with equestrianism.

We are committed to the promotion of BETA members to the riding public, to on-going market research to inform both our members and the wider equestrian industry on the state of the market and horse riding as a leisure activity.

Some of our main achievements over the past 30 years include:

We also represent the trade on a number of bodies including:

For more information about BETA, visit our web site or contact us to learn more about becoming involved with a progressive and successful trade association. 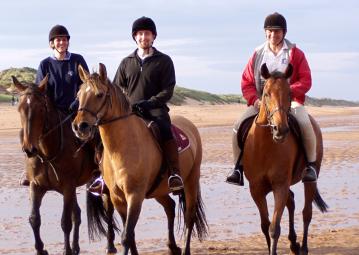